August 17, 2018
On The Fundamental Importance of
Your Head
So many health problems arise from a
mechanism in the body about which the
majority of doctors are unaware: the
cranial-sacral mechanism. Members of
the osteopathic and chiropractic
professions have made a major effort to
understand dysfunction in this area and
to correct it. Unfortunately this
knowledge has not been widely
dispersed, and a majority of individuals
continue to suffer with health problems
which could be corrected if a larger
number of doctors were aware of the
wide range of
problems developing
from disturbances in
the mechanics of the
human head. !
Many of the areas in
which application of
the cranial concept
might be of great
benefit are controlled
by specialists who are not yet aware of
this very potent and vital tool for their
patients. These specialties include
pediatrics, obstetrics, dentistry,
psychiatry, ear-nose-and-throat doctors,
and the general practitioner. Other
conditions that may be caused by
cranial problems are hypertension,
impaired brain circulation, disturbances
in the endocrine and digestive systems,
vision, hearing, and general neurologic
disorganization. Parents and teachers
often assign improper labels to children
such as "slow learner"; "poor reader";
"dyslexic"; "poor listener"; "hyperactive";
or "poorly disciplined" – not realizing
that sensori-motor confusion arising
from cranial disturbances underlie each
of these conditions. Unfortunately, these
patients tend to travel from doctor to
doctor receiving only temporary -- if any
relief -- from their condition. !
The Applied Kinesiology Revolution
in Cranial Therapy
The concept of a Primary Respiratory
Mechanism (PRM) within the nervous
system was conceived over 75 years
ago by William Garner Sutherland, DO,
the grandson of a Scottish immigrant
born in 1873. Since that time there has
been little conceptual or experimental
progress confirming Sutherland’s model
for cranial-sacral
motion. The profound
clinical results of
cranial treatment have
justified the practice,
but the time has come
for a fundamental
change in this model,
which applied
kinesiology offers. !
In recent years, research and theory
have highlighted the roles of muscles,
joints and nerves in the function of the
neuro-musculoskeletal system. This
system has been described as the
Primary Machinery of Life as it is how
we move and communicate. It is also
now acknowledged that the amount of
cerebrospinal fluid produced per minute
is too small a quantity to have the power
to move the cranial sutures, so the CNS
does not have the contractile elements
nor tensile strength to move itself -- and
certainly not the whole cranium nor the
rest of the body. All motion in the body
is a result of muscular action whether
striated, smooth or cardiac.
Applied Kinesiology offers a
fundamental change in perspective
from the classical osteopathic and
Sacro-Occipital view -- that of an
'internally driven' Primary Respiratory
Mechanism (PRM), where an inherent
spheno-occipital motion drives the
other bones -- to an externally driven
system where muscles attaching to the
cranium move the bones. !
It has been hypothesized in AK that
the powerful muscles attaching directly
to the cranial bones move rhythmically
and in complex patterns, which are
capable of exerting significant and
constant pulls and pressures on the
skull that demand a degree of
resilience, flexibility and palpable
motion at the sutures. !
Deficits in strength,
endurance, and
increased fatigability
have been consistently
demonstrated in the
muscles that attach to
the cranium in patients
with whiplash
associated disorders,
neck pain and
headache. Correction
of these weaknesses
by AK cranial therapy
has been documented
for 40 years. !
This is a revolutionary improvement in
the approach to, and concepts behind,
cranial therapy. In AK we ask: how is
“tennis elbow” explained without
considering the muscles moving the
elbow? The cranium should be looked
at in the same way, no more
mysteriously than the rest of the body.
The earlier belief that the movements
palpated in the cranium were driven by
a powerful but still unproven PRM
meant that the mandible was rarely
addressed in classical cranial work.
However in AK there is recognition of
what is called the stomatognathic
system, indicating the relationship of
cranial mechanics to many other body
structures. For instance in the
conventional cranial management of
whiplash strain, most attention is paid
to the soft tissues of the cervical spine.
However, as an appendage to the
anterior skull, the mobile jaw, if
abruptly altered in its function, is
capable of straining the entire cranium. !
The muscular links with the mandible
create a connection between
temporomandibular dysfunction and
sphenoidal dysfunction, with
influences being possible from either
direction. Trapezius muscle
dysfunction forces the occiput into
flexion or extension and normalization
of the strength and function of the
muscle must be achieved before
treatment to the cranial base can be
effective. Changes in upper trapezius
strength have been demonstrated in
patients with cranial
faults, whiplash, neck
pain and headache. The
influence on sutural
mobility of a
malfunctioning
sternocleidomastoid or
upper trapezius muscle
would be profound and
sutural disturbances are
beyond question a
physiological occurrence.
During the AK treatment
of cranial dysfunction,
careful attention is paid
to muscular dysfunctions
that definitely impact
cranial suture mobility.
Any attempt to normalize cranial
function without appropriate attention
to these powerful muscular influences,
acting directly on the sutures and
therefore on the motion potentials of
the cranium, makes results short-lived.
The causes of muscular imbalances
like these are the AK cranial
practitioner’s bread-and-butter. !
Doctors using AK not only evaluate
your entire body from your feet to your
upper neck, but they examine and
treat your jaw and head. Then will you
have had a truly holistic examination. !
References
Article contributed by Scott Cuthbert, DC. 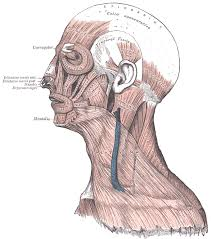